From Dreamlight Valley Wiki
Jump to navigation Jump to search

Remy is a character from the Pixar film Ratatouille (2007).

He's encountered after travelling through one of the initial three realm gates, the Ratatouille Realm, and can be invited to the Valley after completing his necessary quests and placing/purchasing his home.

Main article: Time.
Schedule times have been community sourced and may not be accurate & subject to change

Remy will award the following rewards when Friendship levels are reached. Friendship can be leveled up through gifts, quests, conversation, or by hanging out. 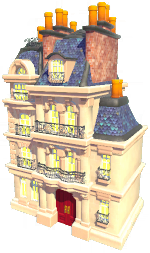 Remy reopens his restaurant after the quest A Restaurant Makeover. Villagers will visit the restaurant daily for meals, and his pantry sells ingredients not available anywhere else.